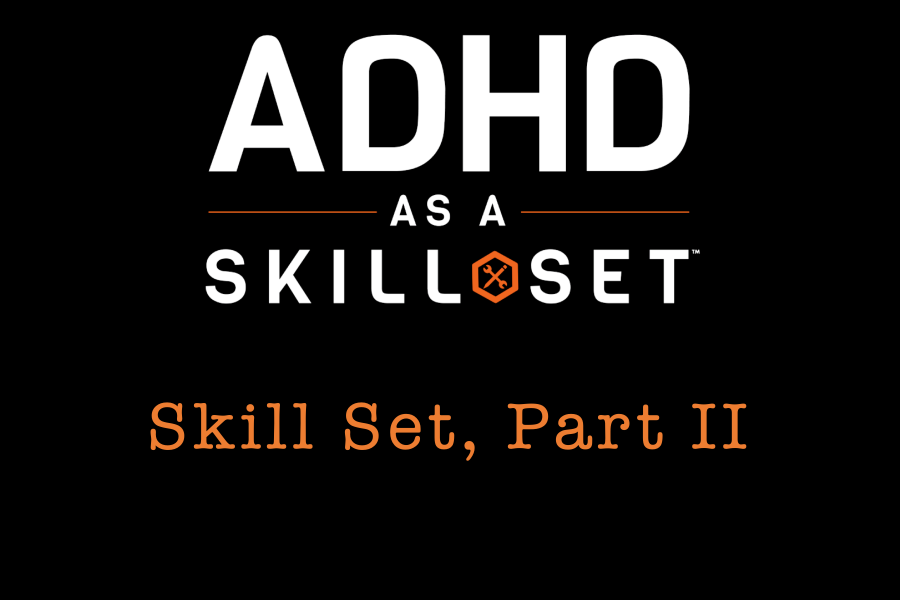 In Part I of this skill set conversation, Wait, What? ADHD as a Skill Set?, we discussed the traditional definition of a skill set, the hard skills and soft skills that make up a skill set, and important considerations. In this post we’ll look at ADHD symptoms, a theory for the origin of ADHD, and at specific ADHD skills.

A Hunter In A Farmer’s World

While scientists and researchers still have not pinpointed the cause of ADHD, there is a theory as to the origin of these ADHD skills. Thom Hartmann, author of ADHD, A Hunter in a Farmer’s World, theorizes that ADDers actually a have genetic inheritance from the hunters who were the most esteemed members of hunter-gather societies through the millennia.

Hunters were responsible for obtaining meat, the primary food source, and for protecting their tribes. They developed exceptional skills of observation and action for tracking, pursuing, and slaying game; as well as split-second decision-making, massive energy, and hyperfocus for the chase.

The extraordinary skills that hunters developed were invaluable to their tribes. However, as hunter-gatherer societies gave way to farming and then manufacturing societies, hunter skills were no longer needed and farmer skills like patience, consistency, and resistance to boredom were now valued.

Since there was no longer a clear need for them, hunter skills were just a problem in a farmers world. Hunter skills became known as negative symptoms that were eventually grouped together and named Attention Deficit Hyperactivity Disorder.

But those hunter skills are not lost to antiquity. They return when ADDers come to understand them and learn to employ them in ways that are desperately needed in today’s society. As the positive expressions of our ADHD symptoms, hunter skills now can become the exceptional qualities known as ADHD skills that we can leverage as our ADHD Skill Set. Hunters can now thrive in a farmer’s world.

ADHD Skills are primarily of the soft skills type described in Part I of this skill set discussion. They include qualities that when recognized, embraced, developed and leveraged make powerful additions to an ADHD skill set and represent the benefits, or superpowers, of ADHD.

Many of the ADHD skills are actually the positive consequences of negative symptoms or traits of ADHD like inattention, distractibility, hyperactivity, impulsivity, and difficulty following rules.

While these ADHD skills are inherent, ADDers can learn techniques for applying them in situations where they may not naturally appear.

But there is a caveat for ADDers. Our ADHD Skill Set is incomplete if we do not address the negative expressions of our ADHD symptoms along with the positives.

In Part III of this Skill Set series, we’ll discuss how ADDers can move beyond the limitations of our negative symptoms so our ADHD skills can shine, rather than just making up for the negatives. 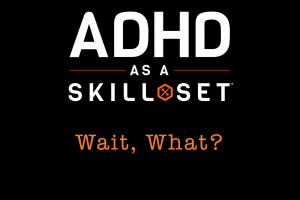 WAIT, WHAT? ADHD AS A SKILL SET? Skill Set, Part I 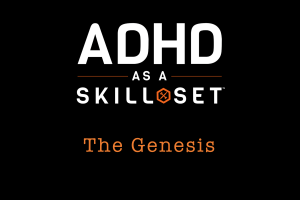 The Genesis of ADHD as a SKILL SET 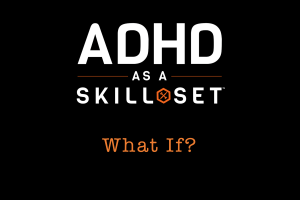 ADHD as a SKILL SET™. What if?

What if we can redefine Attention Deficit Hyperactivity Disorder as[...]

Type and press Enter to search